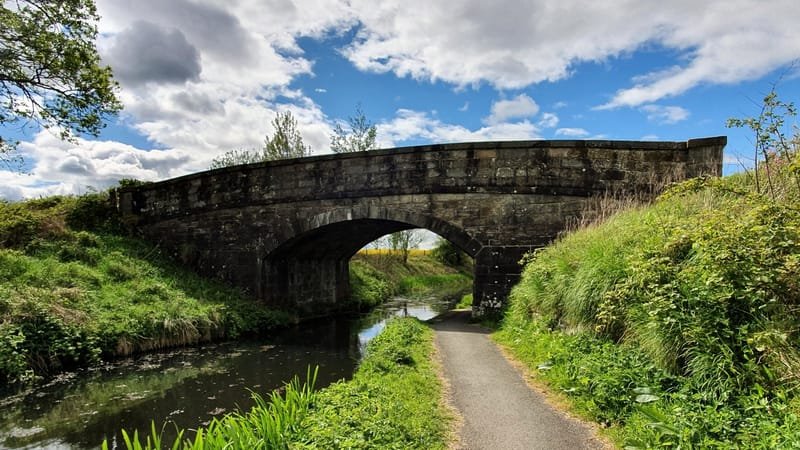 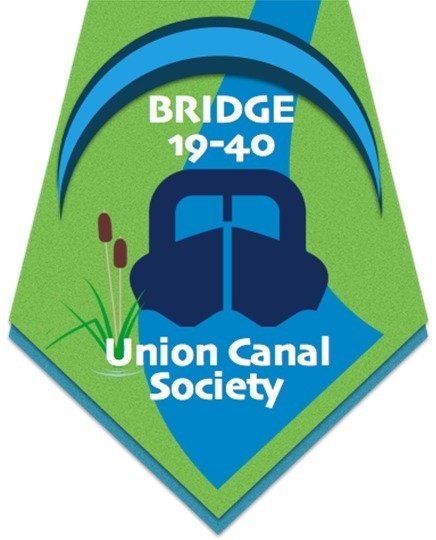 The Bridge 19-40 Union Canal Society takes its name from the bridge numbers along the stretch of the Union Canal along which it operates, from Bridge 19 to Bridge 40. 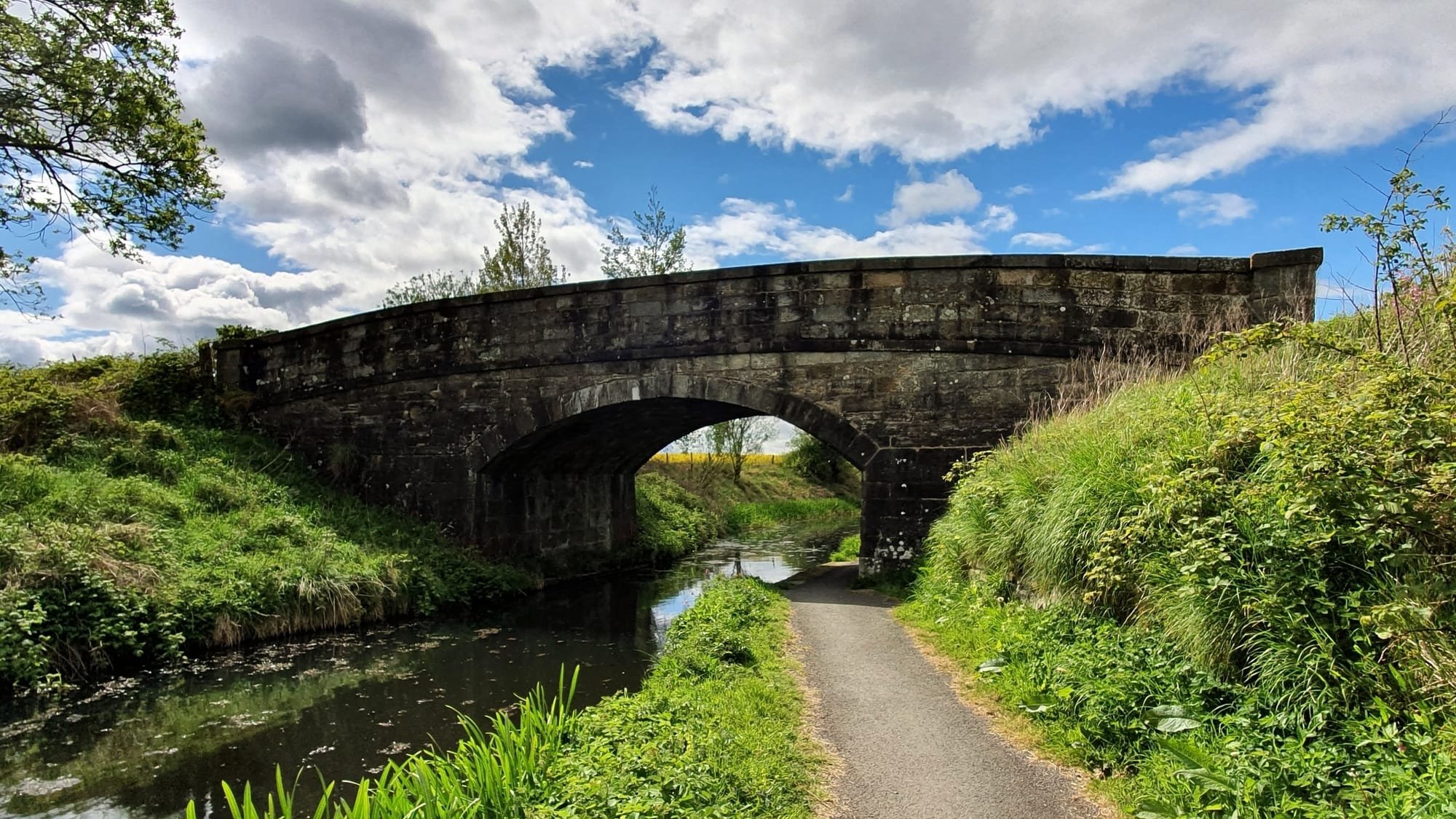 During the course of the project, every bridge along that stretch has been photographed from different angles, as well the towpath and surrounding countryside. One image of each bridge was selected for an album which has been shared on the Society’s social media with accompanying commentary.   Have a look here ~ Union Canal Bridges 19 - 40

Although only 8 miles long, this stretch of the canal includes 22 (over one third) of the 62 original stone bridges which were built between 1818-1822 when the canal itself was under construction. Since then, three have been rebuilt: 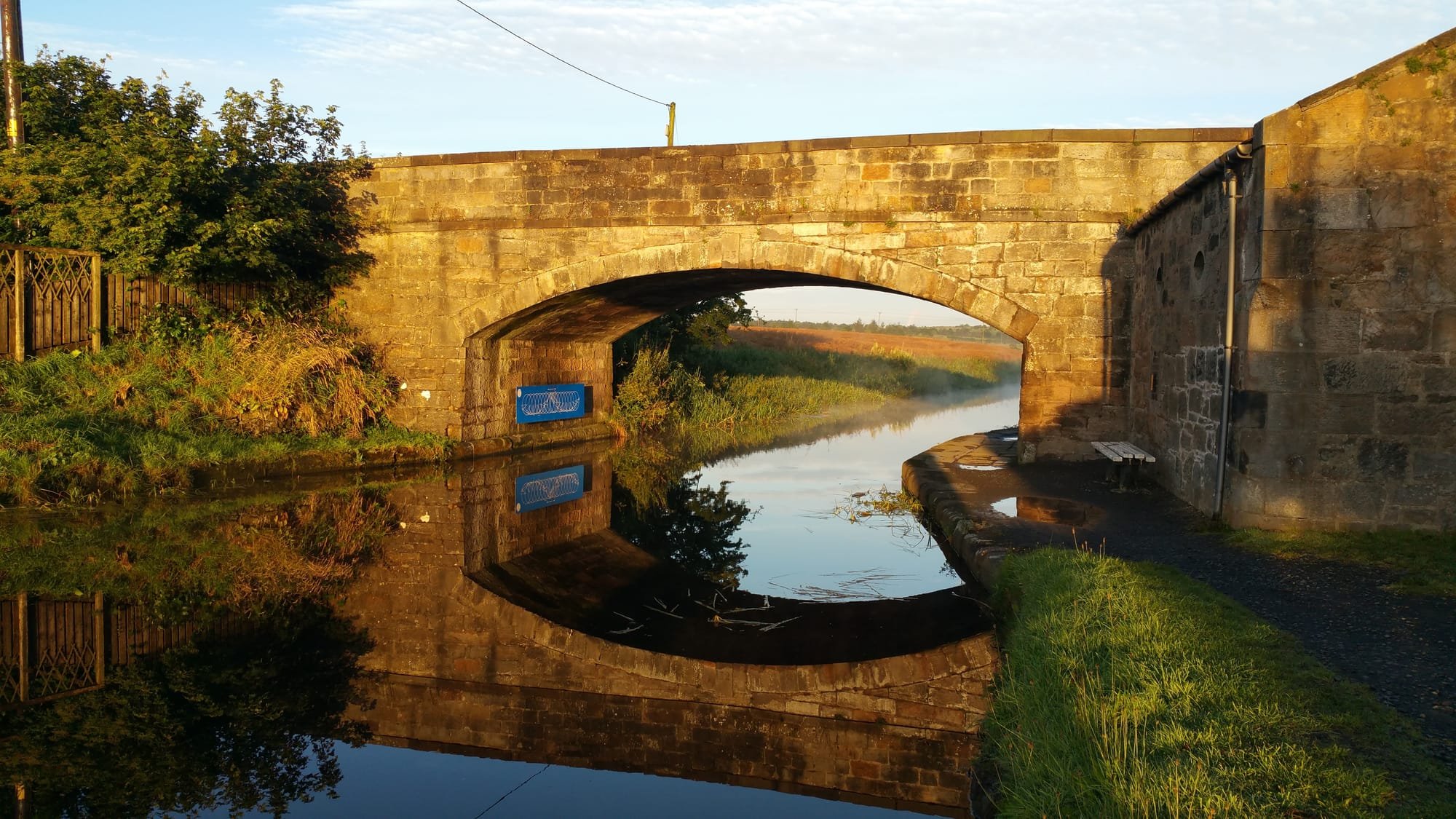 Bridge 23 at Port Buchan, the road bridge on the main road (the A899) through Broxburn;   Bridge 27 which also carries heavy traffic along Greendykes Road in Broxburn; and Bridge 34 at Auldcathie, a footbridge just past Winchburgh.

The re-built Bridge 27 and the new Bridge 21A which carries traffic on the M8 over the canal were both constructed as part of the landmark £78 million Millennium Link engineering project undertaken by British Waterways to restore navigation along the Forth & Clyde and Union Canals, reopening this once industrial highway to re-join the waterways between Glasgow and Edinburgh.

The wooden Glass Road footbridge which enables the safe passage of pedestrians between two housing schemes in Winchburgh was added in the mid twentieth century to avoid accidents on the narrow road bridge at Bellsmill. Some 40 years after the canal opened, in the 1860s, the shale oil industry took off in the areas around the canal in Broxburn, Winchburgh and Philpstoun.

The last stretch of the new 16 mile Shale Trail walking route will run from Bridge 26 at Port Buchan, following the towpath as far as Bridge 31 near the former miners’ rows in Winchburgh. Whilst the industry made little use of the canal for transportation, it did require some additional crossings for mineral lines carrying workers to the mines and to move around shale. The supporting piers for one such crossing are still very much in evidence approximately 50 metres east of Bridge 39.

Similarly, the base of the two supporting piers on opposite sides of the canal at East Mains can be seen just west of Bridge 29. There is also understood to be a tunnel linking Young’s Oil Company shale workings on the Hopetoun Estate under the canal between Bridges 37 and 38 though there are no visible signs of this now.

The centre keystone on each bridge bears its number, with number one starting in Edinburgh. One exception is Bridge 35 at Craigton, one of the bridges on the Hopetoun Estate, whose number has been positioned slightly off-centre to accommodate a crest. (The design of this bridge, whilst different to that of the other stone bridges, is the same as the bridge at Viewforth in Edinburgh).

None of the old stone bridges include a date except for Bridge 31 at Bellsmill, the mid-point of the 62 original bridges, which bears the date 1820 above the bridge number, halfway through the 1818-1822 build period. The Bridge 19-40 route starts just after the Almond aqueduct at Lin’s Mill, the smallest of the Union Canal’s three magnificent aqueducts, carrying the canal high above the River Almond just before Bridge 19.

The canal passes through rural agricultural landscapes with views south to the Pentland Hills and north to the Forth bridges. It enters Broxburn around Bridge 25, a village at the time the canal was built which grew rapidly into a boom town in the midst of the shale oil industry.

Bridge 30 ~ Niddry Castle From here, and after Bridge 31 through Winchburgh and Bridge 38, Philpstoun, are many signs of that industry, not least the massive bings of spent shale that rise up on either side of the canal.

The last of the bings is left behind after Bridge 39, passing once more through farmland until Bridge 40 on the outskirts of Linlithgow.

More details on this case study are available from ...