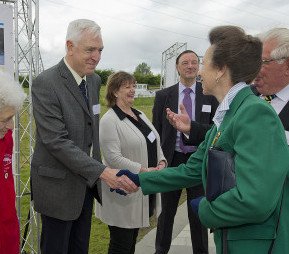 Robert Welsh brings the strong arm of the law to bear on all matters canal-related, especially those that concern the Forth & Clyde Canal Society. As a career policeman up until retirement, he can always be relied upon to see the bigger picture and address the wide range of volunteer activities in which he is involved with his customary astuteness.

Having recently completed a four-year stint as chairman of the Forth & Clyde Canal Society (F&CCS), Robert has also had a great deal to do with organising the annual Kirkintilloch Canal Festival. He represents FCCS on the Lowland Canal Volunteer Group and has been a force to reckon with during Keep Canals Alive’s campaign to re-open the Lowland Canals following a spate of bridge closures.